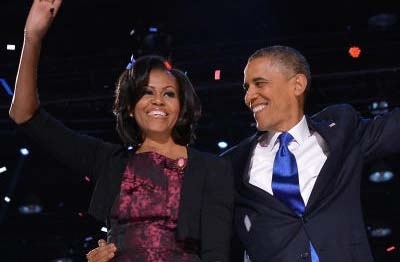 AFTER 232 years of independence, the people of the United States elected Barack Obama as its 44th President in 2008. As the first black or using the politically-correct term African American president, Obama was swept into office by young voters and the clever use of the social media in his strategy.

According to the US 2010 census, out of the 308 million Americans, Hispanic Americans consisted of 16% the population, African American (13%), Asian Americans (5%), indigenous people (1%) and the white Americans (65%). In this Land of the Free, 99% of the current American citizens are historically immigrants, in the early years from Europe and Africa and in the last 50 years, a majority from South America and Asia.

The latest US presidential election has been the most expensive, reportedly at a cost of US$6bil, and also the most ugly, with TV advertisements used to attack the personal integrity of the candidates. Politics is ugly wherever you are in the world.

What I fail to understand is why did Barack and Romney fight like cats and dogs to be head of a government that is so heavily in debt, with an annual salary one-tenth of an average Wall Street banker? And there is no opportunity to award government contracts and deals to their own families, friends and cronies.

Maybe they just love the challenge of managing an irreversible declining economy or the thrill of acting as a Big Brother to the World, as what the most powerful person in the world should behave. Or maybe they just love to live in big white houses and the use of jets and helicopters for their lawatan sambil belajar trips all free of charge of course.

I am definitely not US bashing since I couldn’t care less who won the elections but there are definitely management lessons to be learnt here especially when governing a nation is somewhat similar and dissimilar to managing a business.

During our own general election 2008, like Obama, the Opposition swept five states through the clever use of the social media, bypassing the government controlled main stream media. If you are managing a small business with limited advertising budgets, you better hop onto the social media platform fast as your consumers are getting younger and tech-savvy. You cannot afford national TV and newspapers anyway.

Many retail chains in the United States and Europe have collapsed because Internet sales have successfully bypassed the traditional brick and mortar distribution channels. Door-to-door delivery is the new logistic necessity and the use of secured Internet payment has changed the weight of our wallets.

The next wave is definitely the smart wave, getting services on the go with the use of smart phones and all kinds of mobile platforms. Ignore at your own peril.

Since it has been proven that governments all over the world, bar a few countries, are not smart in managing budgets, my advice to you is to learn from their follies. You absolutely cannot afford to run a continuous budget deficit in your business or you will go bankrupt in a few years.

And you definitely should not have an operating expenditure (opex) which is 60% of your sales like our national budget. Like our civil service, your organisation is over-staffed. You should right size your staffing structure by getting rid of the many deadwoods and tearing down all the unnecessary power silos in your organisation. Or you will end up like Greece or Malaysia Airlines.

To get the right size, study your most profitable competitor and use their opex percentages to sales as your holy grail and I guarantee you will survive the toughest economic downturn with ease and cash to spare.

Understanding population demographics is crucial to any marketeer worth his weight in salt. To a small business, the Malaysian population of 28 million is a big market.

To a big business, it is a small market hence the need to go regional or conquer the world. For small businesses, better to be a big fish in a small pond.

Focus first on your niche market, dominate and be very profitable before you go up against the big boys.

The largest market is the Malay market, 65% of our population and they are also the youngest by virtue of having higher birth rates than other races. Halal food is the future with huge consumption potential for baby diapers, food and apparels. Female gynecologist will be in big demand as also in affordable maternity hospital beds.

With massive population migration to urban centres, whichever political party can provide affordable housing in the right locations will win future elections. Legal and illegal foreign migration by the millions have created niche local markets which was well exploited by DiGi and Chow Kit traders.

There are pockets of opportunities everywhere if you understand population demographics and trends. So think like a politician.

If you aspire to be a politician, population demographics will tell you that the highest office goes to the leader of the majority race. If you go by the lessons of US politics, there is definitely a strong possibility that a future Malaysian prime minister may come from a minority race but you will have to wait for 177 years. In the meantime, concentrate on your niche market and make sure your tour of duty stays as profitable as can be. So, think like a businessman.

One thought on “Article 43 – Lessons from the US Presidential Race”